The Ratliff building at 814 Austin St. on the south side of the downtown square was commissioned to be built by well-known lawyer of Hockley County, Carl E. Ratliff in 1928 - the same year the Courthouse on the square was also built. The upstairs of the Ratliff building served as the original law offices, abstract offices, and business offices of Hockley County. Inside the Ratliff building, some of the original glass windows can still be seen with the hand painted names of companies such as Kewanee Oil, South Plains Pipe Line Co., etc. Originally, the downstairs of the building was mostly open and served as a tire accessory shop. In 1947-48 the building received a new glass front which is currently seen today. Around 1950, the upstairs law offices became used as storage as the tenants moved out in search of newer buildings that featured air conditioning and other more modern amenities. The tall skinny window on the front right hand side of the building originally was a tall door that opened into a stairwell that took clients to a foyer area leading to the law and business offices upstairs. When the front of the building was redone, the original stairs were removed and installed in the back of the building. As part of the renovations MOSAIC COFFEE Co. has undertaken, the stairs in the front were beautifully rebuilt to lead once again to the original foyer. From the late 1940's and until 1962 the building was known as Copeland Hardware (see picture below). Eventually, the building was purchased by Script Office Supply in the mid 1960's and the business was there until moving to a new location in the early 1990's. Most recently, the building was known as Infinity Connection, owned and operated by Raynelle Nipper, who turned it into a quaint Tea Room and unique gift shop in the late 1990's through the mid 2000's. It was purchased by the Bynum family in November of 2018 for MOSAIC COFFEE Co.

Tina is the daughter of Bob Buster. Bob owned Bob's Shoe Store downtown. Tina recalls memories of Copeland Hardware, one of the neighboring businesses of her daddy's store. 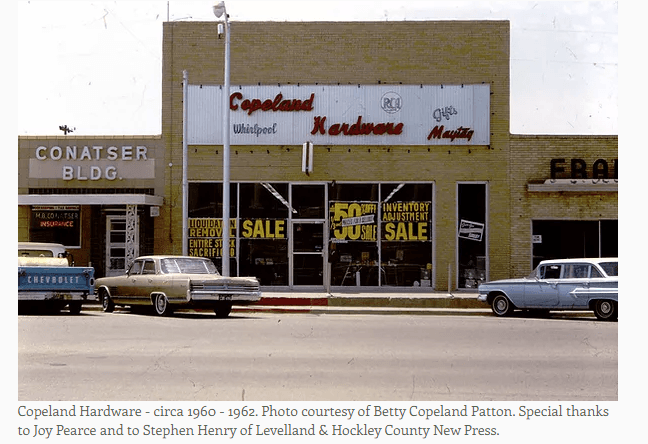 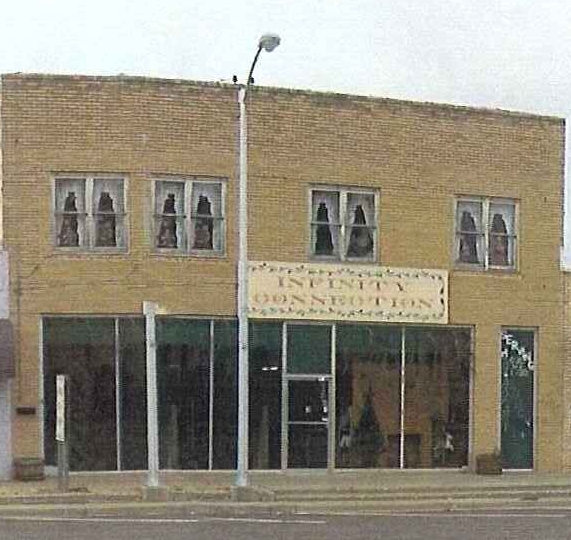