807 Houston has housed multiple jewelry stores for the majority of its existence. Long time residents remember a time, though, before the jewelry businesses moved in. Mrs. Thomman, owner of the current business, Thomman’s Jewelry, recalls memories of this building housing a restaurant in the 1940s. This building also housed a variety store at some point in its history. Couch’s Jewelry, a well known business throughout the community during the late 40s through the early 60s, relocated several times to 4 different buildings around downtown, but this building was the final home for Couch’s Jewelry. Bob Darwin, Mr. Couch’s grandson recalls a time when he would walk from the jewelry store to the Rose Theater for Saturday movies until the Rose began playing Spanish language movies. Then the Saturday showings were moved to the Wallace Theater. Mr. Couch sold the building to Bob and Roberta Thomman, and Thomman’s Jewelry moved here in 1963 from a small corner of the Wallace Theater. After returning from the war, Mr. Thomman began a career in watch making. He and Mrs. Thomman moved to Wichita Falls while Mr. Thomman attended watch makers school. They returned to Levelland, and Mr. Thomman worked for Mr. Beech as a watch maker until they opened Thomman’s Jewelry in 1962. Mrs. Thomman remembers the hay days of the 1970s – 80s when the local economy was at a peak due to the oil boom. At that time they had the most employees they’d ever had. “The local crops were good and there was no worry about a job.” Bob and Roberta Thomman retired from the jewelry business in 1994 to spend time with their grandchildren. Kay Armes, who started as an intern at Thomman’s Jewelry 17 years earlier, bought Thomman’s Jewelry and changed the name to Armes Jewelry. 8 years later, Mrs. Thomman was ready to get back in the jewelry business. Thomman’s Jewelry was re-established in 2002.

Building front before renovations in the 1990s - Armes Jewelry 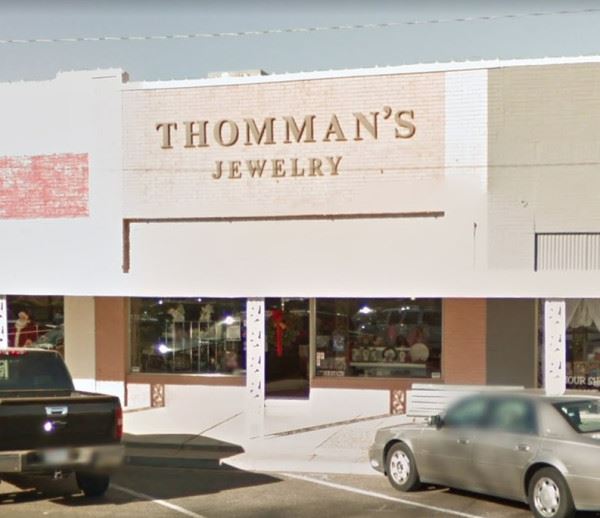 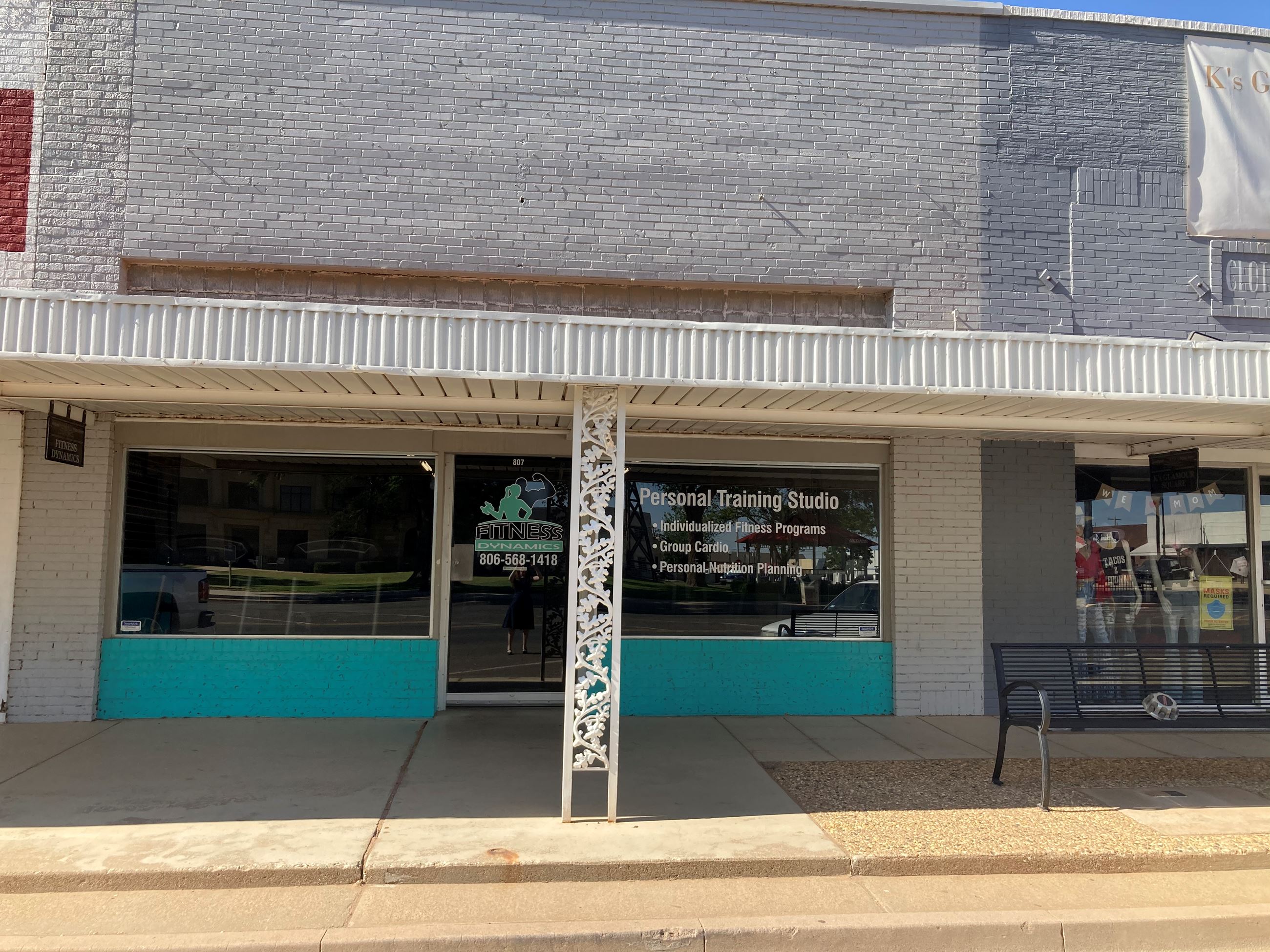